Premiere of Pulled Both Ways 2018 films a huge success 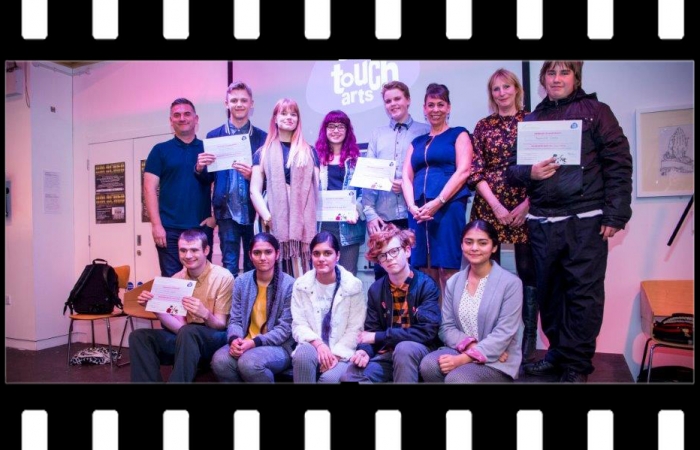 On Tuesday 30th October we held a very special event at Soft Touch Arts – the 2018 Pulled Both Ways social action film premiere. Three powerful and though provoking films made by young people in Leicester were revealed to an invited audience of over 90 people. Pulled Both Ways has been sponsored by award-winning law firm, Glynis Wright & Co Family Solicitors and Mediators along with funding from the Santander Foundation. The project aims to give young people with lived experience of divorce the opportunity to find creative ways to encourage parents to think about the emotional impact arguing over custody has on their children.

The children involved in the films were from The Learning Without Limits Academy Trust (Babington Acadamy and Woodstock Primary Academy) and a group of young people from community film group The Film Collective. Soft Touch Arts supported the young people to make the films with local film maker Keith Allott. They attended the event alongside teachers, local business people and the Lord Lieutenant of Leicestershire and High Sheriff of Leicestershire. Local family court judges were also in attendance.

The films had a big impact on the audience, and the children involved got rapturous applause for their work. They were all presented with certificates of achievement by Mr Mike Kapur, the Lord Lieutenant of Leicestershire.

The films are available to be downloaded and used for free by family solicitors and mediators in their work, and national charity Voices in the Middle will be helping to raise awareness and distribute the films through their network of supporters.

The films can be viewed here  https://www.soft-touch.org.uk/project/soft-touch-partners-local-law-firm-glynis-wright-co-create-groundbreaking-short-films-project/