The team behind the success of the Mods: Shaping a Generation Exhibition and tie-in ReVive Festival were thrilled to win the  best free Event/Festival of 2019 at the Leicester Promotions Leicestershire Tourism Awards on 29/11/19.

Soft Touch Arts received funding from The National Lottery Heritage Fund and Bid Leicester in September 2018 and worked in partnership with Joe Nixon, Founder and Director of Arch Creative and author and curator Shaun Knapp and New Walk Museum.

They engaged with former Mods who told their stories. Young people listened to the stories and did their own research and produced Mod inspired creative content.   The result was a blockbuster exhibition at New Walk Museum and Soft Touch Arts between April-June 2019 attracting 35,000+ visitors from Leicestershire, across the UK and as far afield as Australia 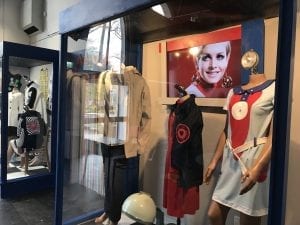 It brought the Mod youth subculture scene in Leicester and Nottingham to life, alongside a wide range of retro-themed events as part of a new festival for Leicester – ReVive.

New Walk Museum supported the project by providing their main gallery and working with the production team to help install and manage the exhibition, and organised fashion talks, films, gigs and workshops which celebrated the 40th anniversary of cult film Quadrophenia as part of ReVive Festival.  The stylist for Quadrophenia, Roger K Burton, loaned his extensive Mod clothing collection which formed the centrepiece of the exhibition.  Shaun Knapp’s Mods: Two City Connection book provided much of the research and stories, and a documentary film about the 60s scene in Leicester produced and directed by Joe Nixon will be a legacy for the project alongside an archive website.  Interviews with former Mods have now been passed to the East Midlands Oral History Archive.  The high numbers of visitors to the exhibition and festival boosted the local economy by £1.6 million.

Ninety eight young people worked with Soft Touch Arts to create their own inspired by Mod multi-media fashion, music, film and graphics exhibition and Curve Young Dance Company worked with former Nottingham Mods Deanna and Jimmy Fahy to perform Mod-themed dance pieces at different venues across the city.   ReVive Festival took the Mod subculture as the theme with over 40 free events taking place across the city at arts and music venues, restaurants and shops, culminating with Scooterama – Leicester’s first on street scooter exhibition on Leicester’s new market square. This was a huge success thanks to the involvement of the Leicestershire Alliance Scooter Club.

This was a truly community focused intergenerational project with Mods loaning their precious memorabilia and scooters. The iconic scooter ridden by Sting in Quadrophrenia was one of the focal points and had a huge impact as visitors walked into the New Walk Museum exhibition.  Those involved reconnected with old friends and made new ones and still meet up each week even though the exhibition ended in April.

“Soft Touch Arts commented.  “The award was such a great accolade for a truly inspiring project that brought people together of all ages from all walks of life.   The exhibitions looked amazing, the events were well attended and gave people the opportunity to learn about a youth sub-culture which still heavily influences fashion, music and design today”.

Shaun Knapp commented: “We couldn’t have done it without the involvement of the original Leicester and Nottingham mods; their stories formed the centrepiece of the project and we’re so grateful to them for sharing them with us.”

Joe Nixon said – “As well as being able to use the design and organisational skills of my company Arch Creative to create such a well respected exhibition, the fact that my late Dad John (Jelly) Nixon was an original Leicester Mod ‘face’, and original inspiration for the project, made the project poignant, and a fitting tribute to his life.”

Joanna Jones, Leicester City Council’s head of Arts, Museums, Festivals and Events said: “This stunning and immersive exhibition showcased Mods’ fashion, music, film and design. It was hugely popular and it was fantastic for us to welcome many people who had not previously visited New Walk Museum.” 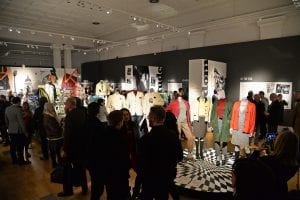 Find out how you can get involved with us

So you want to get involved?

That’s great! Just fill out the form below.