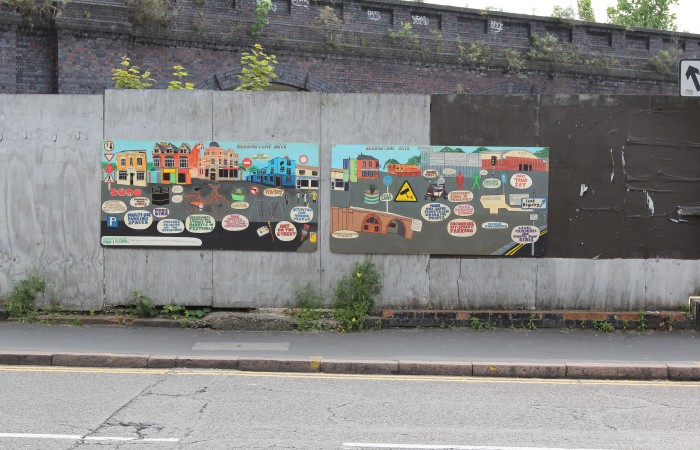 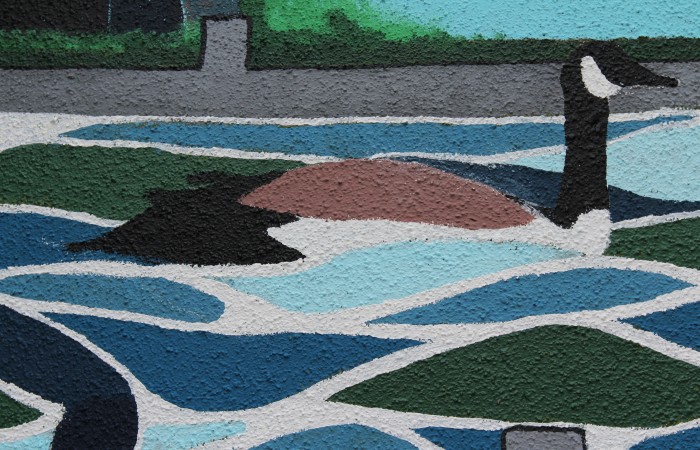 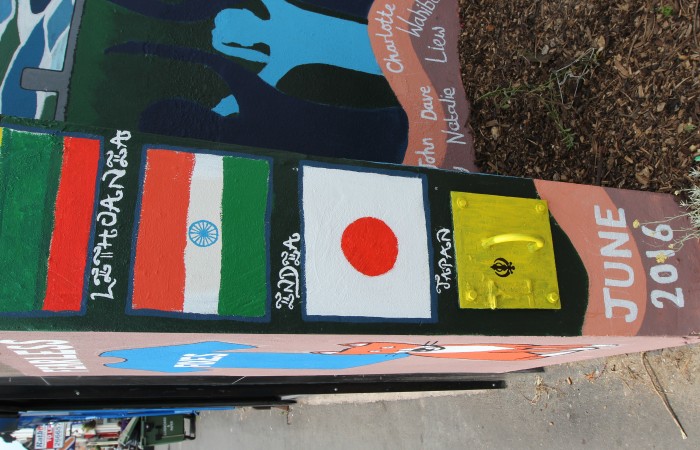 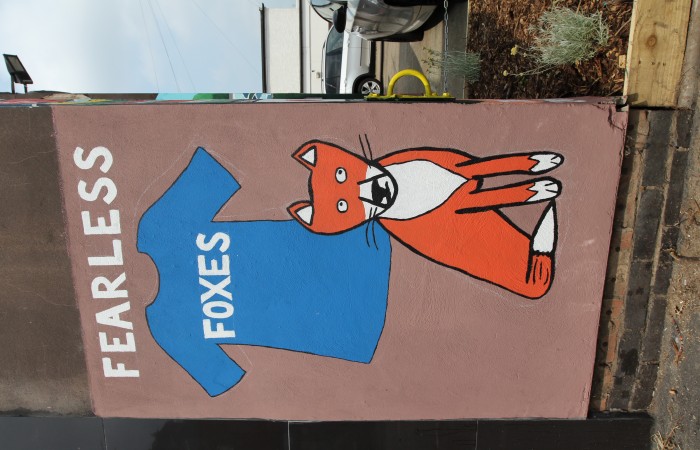 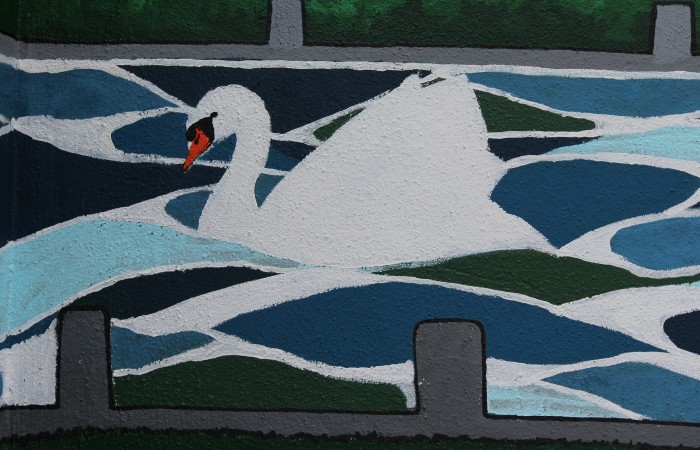 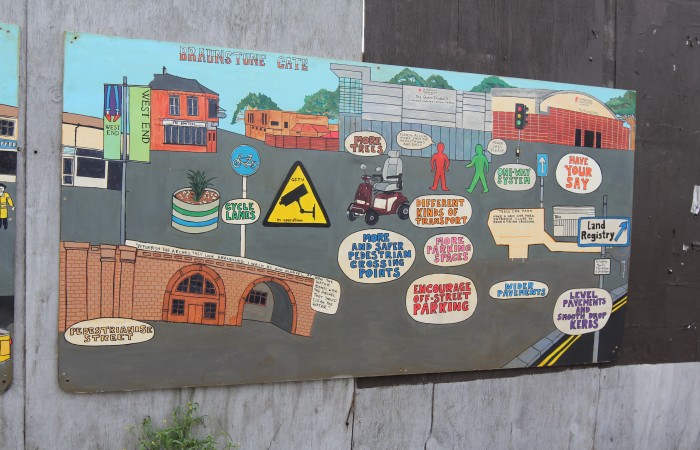 As a result of working with Sustrans on a consultation project in December 2015; an opportunity to improve a small car park area on Braunstone Gate arose.

Designs were made with a group of 10 students at Shaftesbury Junior School.

The dominant ideas were based around Leicester City Football Club winning the Premier League and the canal and Bede Park areas around Braunstone Gate. In addition, the flags of the many nations represented by the businesses on Braunstone Gate were collected and painted on the mural.

The project was carried out during the week of the Spring Bank Holiday and consisted of 2 elements: the border of the car park was planted with flowers and herbs. Small wooden stepping-stones were placed to allow children to walk around the plants.

The gable end facing the car park was then drawn up and painted by Soft Touch workers and any local children and adults who wanted to take part. Despite being rained off on the first day, the response to the project was excellent.

Over 50 adults and children took part in both painting the mural and planting the garden. The 2 consultation panels made in December 2015 were also put up on Braunstone Gate nearly opposite the garden and mural. These panels contained the many suggestions about improving the area. Soft Touch would like to thank everyone who took part no matter how much did, from gardening, painting and helping us out with food and water.

Help us continue to change the lives of vulnerable and disadvantaged young people by donating to support our work!