The participants explored the boundaries that Joe Orton had to overcome as a working class gay man in order to succeed in the 1960s and used these to create artworks exploring their own boundaries and ways they have overcome these using Joe Orton as inspiration.  Each group worked around a sub-theme to produce an item for the exhibition which ranged from a stunning centrepiece celebrating his creative work to an interactive board game looking at the challenges and opportunities of living on the Saffron Lane Estate.

Young people from Goldhill Adventure Playground, Saffron Lane, worked around the sub-theme of coming from Saffron Lane and produced the boardgame ‘Reach for the Stars’ which can be seen here

Young people from the Kingfisher Youth Centre in Saffron Lane worked around the theme of struggling at school.  Their plan was to make a film but did not have the time to finish this, however some examples of their work in progress were displayed in the exhibition. At work at the Kingfisher Youth Centre

In its place we showed a film made ten years ago by other young people from Saffron Lane about Joe Orton called ‘Off  You Go Then’ which can be seen here.  One of the young people involved in the ‘Off You Go Then’ project was a support worker on the Breaking Boundaries project.

‘It was an interesting project for the students because they weren’t aware of someone who achieved so much coming from the same streets as themselves who forged forward in his thinking’ – Angie Thornber, Head of Drama, Sir Jonathan North Community College.

We also worked closely with the University of Leicester on this project and some of the groups visited the Joe Orton archive at the University.  Students from the University volunteered to produce the text panels and introductory panels for the exhibition. Introduction to the Exhibition Floor Vinyl The project was featured on a Joe Orton special edition on the BBC Radio 4 Front Row programme, listen here With Samira Ahmed from Front Row

The exhibition attracted nearly 800 visitors in one month and then transferred to the Pork Pie Library in Saffron Lane where is it still on display.  ‘This exhibition is a work of inspirational art showing the talent that can be in all of us regardless of background or circumstances.  The Big Book is the most beautiful thing I have seen’ – Tracey Inchley, manager of the Pork Pie Library.  Further opportunities to display the exhibition are currently being investigated. You can find more images and feedback here

Soft Touch has been spreading the word about Joe Orton further by running creative workshops with different community groups in Saffron Lane including Marriott Primary School. 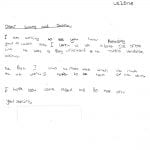 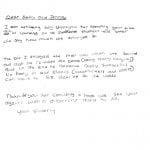 We also worked closely with Dr Emma Parker at the University of Leicester on this project and some of the groups visited the Joe Orton archive at the University.  Students from the University volunteered to produce the text panels and introductory panels for the exhibition.