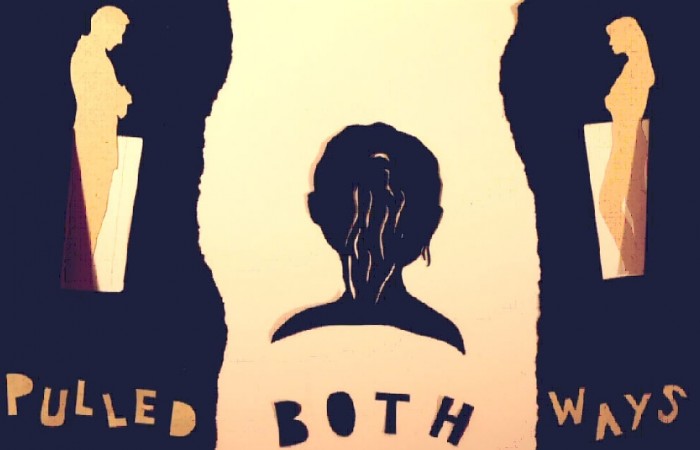 In 2006, almost a quarter of dependent children lived in lone parent households compared with seven per cent in 1972 (ONS, 2007).

Pulled Both Ways is a joint initiative between Soft Touch Arts and Glynis Wright & Co Family Solicitors and Mediators which is supporting innovative work with young people in Leicester Schools and communities to highlight the emotional damage to children caused by parents arguing over custody and contact when they are going through a divorce. Sometimes children become pulled into the conflict as an ally of one parent or they may be used by one or both parents as a “weapon” against the other.

In 2016 the project resulted in 3 short films made by young people from New College Leicester and Leicester High School for girls to highlight the negative emotional effects of conflict caused by parental separation and to encourage parents to consider mediation as an alternative to court action.

In 2018 with the added support of the Santander Foundation, 3 more films were made by young people in the Learning Without Limits Academy Trust (Babington Academy and Woodstock Primary Academy).   The films will be showcased and distributed by national charity Voices in the Middle and are available for family law firms to download and use in their work with parents to encourage them to consider the feelings of their children.

The project was nominated for a National EMCEES Excellence in Arts Fundraising Award for the Best Corporate Partnership Award in the same category as the Royal Welsh College of Music and Drana and Northern Ballet.

Further work on this groundbreaking project is planned in 2019 and there will be a dedicated Pulled Both Ways website set up by Glynis Wright who has spearheaded and supported this vitally important work.

The films are being used to raise awareness within families facing relationship break-up about the importance of managing the process sensitively in order to protect their children from the negative impact of separation.   The films are available as a tool to be used in mediation and discussions about conflict resolution around custody and contact with families. The films can be viewed and used from this page and are also available from the Glynis Wright & Co website